Chat with Free Pikachu Talk Smart Speaker App via Google Home, Amazon Echo: Hello, Everyone. Have you ever wished to have a good long converse with an iconic Pokémon in real life? If so you might require thinking picking up a Google Home device, as an app that lets you talk with the set’ iconic yellow mascot Pikachu is on the way. Thinking over the matter the Pokémon Company announced that it will release the “Pikachu Talk” free app for Google Home, Google Home Mini, and Amazon Alexa smart speakers. So, Pika pika! you will soon able to talk with your favorite Pikachu, which should be fun for all kids. When and How will you get this features to know that read this full article from the beginning to end?

Benefits of Using This App:

The app is compatible with both Amazon Echo and Google devices. So Users will be capable to have a conversation with Pikachu through their Google Home, Google Home Mini, and Amazon Alexa speakers.

However, The Pokémon Company may have to originate a facility of Pikachu language translator before users can understand the electric mouse’s responses. That means asking Alexa for the weather will return a series of “Pika Pika Pika!” since Pikachu can’t actually talk Japanese, English…or any other human language.

Unlike a handful of Pokémon that can communicate in human speech, Pikachu will only be able to reply with its usual “pika pika” phrases in the upcoming app.

Who Will Avail This “Pikachu Talk” App Conversation First?

As Nintendo Soup explains, It’ll be completely free, and with Alexa, we’ll probably see it launch as another of her many skills. The feature was great for kids, the microphone and software were calibrated to work only with high-pitched voices. But that means many adults were left out on the fun.

How To Activate This “Pikachu Talk” App on Your Device:

The Pikachu Talk App will be activated by the user saying “Pikachu, I Choose You” at which point Pikachu will start conversing or chatting with you.

Remember, Pikachu’s answers may be limited, but they aren’t without meaning. Expect replies including “Pikaaa,” “Pikapi,” and “Pikachu,” but also those in the know will be capable to talk key phrases such as “10,000,000 Volt Thunderbolt” to trigger a special answer. That’s sure to be a lot of fun for the kids Pokemon fans in your house.

As Nintendo Soup explains, The Pikachu App app will be available in Japan by the time we close out 2017, But, This feature is slated to launch outside Japan in 2018. While, Pikachu lovers may want to buy a Pikachu Edition Nintendo 2DS XL variant, which is shipping on November 17.

Hopefully, You Like this article about Chat with Free Pikachu Talk Smart Speaker App via Google Home, Amazon Echo. Hope, that the app will be a lot more responsive than the Nintendo 64 game Hey You, Pikachu!, We’ll find out more about the Pikachu Talk app in the coming weeks, So stay tuned! Thaks for reading. 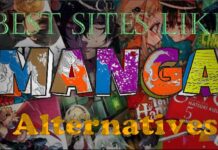 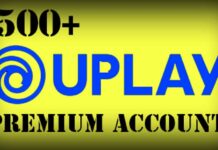 How to Chat on WhatsApp Without Sharing Real Number | Trick...

How to Use Multiple WhatsApp Accounts in One Android Phone?