Before starting the article about the Android app development, I want to tell you about my credibility. I have been developing the Android app for 1 year. I already have made some apps. But, these apps have not released in the Play Store of Google yet. Because I cannot get time to release the apps in the Play Store because I was making so many apps. But, I have a wish to release some apps in Play Store of Google. I am doing a part-time job as an Android developer in the Software Company. In Facebook, my so many friends want to know that how do I make Android apps? So, I thought that I write an article about this topic. Hopefully, you like it.

What is Android App Development?

It is a development of the app for Androids in the mobile Operating system. Now, let’s know what is the Operating system? Android is an Operating system which is made on the basis Linux Cornel. The code of this system is written in JAVA, C, and C++. The Android system was made by Andy Rubin, Rich Miner, Nick Sears, and Chris White: these 4 developers. Next, in 2005 the Google bought this android. From 2008, the Smart Phones of Android come on the market.

How do I Develop The Android App?

So many people want to know that how do I develop Android app easily? Actually, there is no easy way to develop an android app. It is very hard to develop the Android app. If you don’t have any idea about the programming and if you want to make an app without any struggle, then you can develop the app on the websites.

These are some sites. There is some “APK creator” for apps for the mobiles by which you can develop the app. Just write the “APK creator” in the Play Store and click on the search button and then you will get this kind of app. But, you never make a good app by using any app or website. To make a good app, you have to know the programming of Integrated Development Environment.

How to Develop Android App By Programming?

There are some processes for developing an app by doing the programming. but the question is

Which Programming Languages Can be Used to Develop an Android App?

How Do You Develop an App?

I develop the app by using the Java and C#. But, I think developing by using the JAVA is good for any app. Because JAVA is an official language of the Android. That is some days before Google has recognized the Kotlin as a Secondary Official Language. But, I don’t work with Kotlin. In this tune, I will talk about the developing an app by using JAVA.

For developing the Android app, Android studio is necessary. Android Studio is a very heavy software. That is its size is very it covers the huge area of RAM. First of all, download the Android studio software from the below link

After downloading software, install the software. I don’t talk about the installation process in details. Because, if I describe it, then the tune will be too large. But, it is very important to keep it in mind that you must install the Android studio expect the C Drive.

NOTE: If you have only one drive namely C drive, then there is no problem. But, if your computer has so many drives, then install this software except C Drive. Because Android studio itself covers huge areas. Next, this software installs Android SDK, Gradle without these software Android Studio does not work properly. The size of SDK and Gradle is too much.

I advise you to download the Android SDK (Standard Development Kit). The job of the Android SDK is to make the code you want to write on the computer to run on mobile. Your code should not be mobile without the SDK.

So it has to be downloaded. The size of the Android SDK is more than 5 GB. So it will take a lot of time to download it. Wait patiently. Because it will only be downloaded for the first time. Since then this problem is no longer there.

If you want to develop an app with C / C ++ you need to download the Android NDK (Native Development Kit). After downloading the SDK, open the Android studio.

Now I will tell you to open the software and now you start a new project. Remember that the name of your project will be the name of your app. There is a problem with the API (Application Program Interface) level here.

So select a standard API level as per your app’s requirement. I usually work on API Level 19. If you do not understand anything when you open the project, just go ahead and click Finish. Then there will be loading. It will take some time here too. Because now Gradle will be downloaded. Gradle size is above 300 MB. So downloading will take some time. Wait patiently. Because, the download will be done for the first time.

This allows all the files for your project to be ready and you can code. Wait till Gradle Sync is over. If there is a mistake in your project (if the code is incorrect or Android SDK / Gradle is not installed properly) you will get an error message. If you copy the error message and search Google, then you will get the solution.

Setting up the project for the first time is a bit of a problem. Because many errors can show this time. Slowly solve all of these. If you don’t do this, then you contact with me. Once project loading is complete, you should run your code and see if everything has been alright.

How Do You Run It?

It is an android app but you are operating computer which is run by the Windows Operating System. You may think that we are developing Android app by using JAVA and my computer has also JAVA, then why do the app not run in the computer?

Because, JAVA of computer uses Java Virtual Machine but Dalvik Virtual Machine (DVM) is used in the Android Operating System which is highly optimized. That is, it does work quite differently in JAVA and in android. So, you never operate android app in the computer. You can run code using an emulator in Android Studio.

On the side of the run button in the Android Studio, you will see a button named “AVD Manager”. By clicking there you can create new android device. To run an emulator, Intel HAXM has to be installed, it will be installed when you download the Android SDK.

Emulator does work just like an Android phone. That is, you can operate android mobile in the computeon But, there is a problem. Emulator occupies a lot of computer RAM. Android studio has already occupied the place.

I would recommend not running Emulator for 8 GB RAM. Now how to run an app without emulator? You can run your computer code directly on your Android device. This stuff is very interesting to me that the code written on the computer is running directly on a Real Device.

To run code on your device, the “USB Debugging” option needs to be turned on. For this, follow these steps:

After USB Debugging on, you have to install a software on your computer. From this link, https://adb.clockworkmod.com:  Download and install the Universal ADB Driver software from this link. This is a small software.

ADB means Android Debug Bridge which will work like a bridge between your Android device and computer.

Now connect your device to your computer via the data cable. There will be a message like “Allow USB Debugging” on your device. Click on the “Ok” option by marking in the Always option.

It takes some time to compile it. After some time, you will see that the app will run in the device and “Hello World” is showing. Then, if it runs in your computer, then I congratulate you.

The RAM of your computer is 4 GB and if your Android device does not have enough space, then how does the RAM run? In that case, you can use Android Emulator Software. There is so many software such as Bluestacks, Genymotion, Andy in which you can run the app.

Why Should You Use Android Emulator Software?

The difference between the Android Studio Emulator and the other software is that these software does not slow the computer. Among these, I will suggest you of using Genymotion/Andy. But, these will slow down the computer. But the best thing is that if you install Android Operating System on the virtual host. Then you can run the code.

In this software, you have to connect the ADB [Android Debug Bridge]. Knowing your emulator’s local IP address, you can connect ADB with a command at the computer’s cmd/terminal.

To know the local IP address, install the “Terminal Emulator” app and run it by typing “IP address show”. This is the way to run an app on third-party software emulator. And using an Android studio emulator, it will be possible to run the app directly without any hassle.

How Do You Start Android App Development Step by Step

I will suggest you learn JAVA and XML before starting the app development. https://developer.android.com/training/index.html: it is an official documentation of Android.

Here you can get the description of how do develop the Android app and its function. https://www.udacity.com/course/new-android-fundamentals–ud851: it is an official video course to learn the app development and it is totally free. It is an official YouTube channel for Android App Developer. All of these are made by Google. So, you understand that to learn the development of the app, these are the very important things.

Moreover, there are so many video tutorials on YouTube by which you can learn the app development. You can also learn it by reading EBook. To learn the basic knowledge, EBook will help you a lot. https://www.tutorialspoint.com/android/android_tutorial.pdf: in here you will get the good EBook.

In this tune, I try to tell you about the app development. So some things have to be said briefly. I tried to explain everything as much as possible to explain. I did not give any screenshots to the tune because I wrote all the details. I do not think there is a problem to follow the tune in addition to the screenshots.

Hopefully, you like this tutorial on How to Start Android App Development For Complete Beginners Step by Step. I try to convey my idea in front of you. If I do any mistakes, then you never forget to mention it. Please do not copy. And tune to please share, please. Thanks for reading the tune. 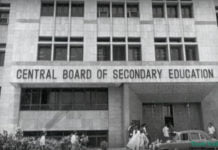 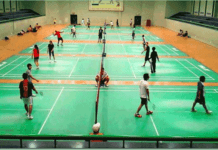 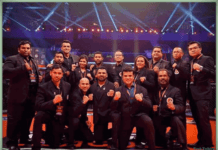 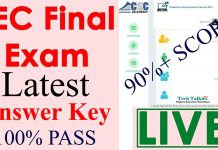 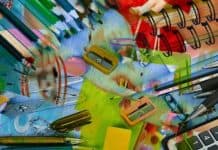 40 Thank You Memes You Need To Send To Your Friends...

How to Create PTC Site (Download Script for PTC Site) for...