Total War: Three Kingdoms Is The Franchise’s New Historical Game Set In China. The fans may have worried that developer Creative Assembly had gotten side-tracked by fantastical games like its Warhammer series, it promised last year that a new historical game was in the works. The studio has now finally revealed the next history-based strategy game in the series, and it takes players to ancient China, 2000 years ago.

Total War: Three Kingdoms is set in China in the year 190 CE. Details are still insufficient, and we don’t know what changes or additions it makes to the established series formula. However, Creative Assembly and publisher Sega have delivered a cinematic announcement trailer, which serves to ascertain what kind of state the nation was in at the time.

The official report states, “China is in turmoil. The Han Dynasty crumbles before the child-emperor. He is but a cipher; a mere puppet for the tyrant warlord Dong Zhuo. It is a cruel and oppressive regime, and as Dong Zhuo’s power grows, the empire slips further into the cauldron of anarchy. But hope yet blossoms.

“Three heroes, sworn to the brotherhood in the face of tyranny, rally support for the trials ahead. Sensing moment, warlords from China’s great families follow suit, forming a fragile coalition in a bid to challenge Dong Zhuo’s remorseless rule.

Will they triumph against the tyrant, or will personal dream shatter their already crumbling alliance and drive them to supremacy? The crucible fizzes. Allegiances shift. The fires of conflict stoke opportunity. Only one thing is certain: the very future of China will be shaped by its champions.” 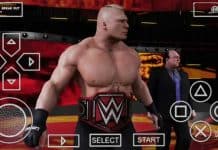 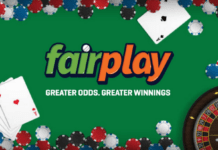 Why Google Duo Allows to Call People Even Without the App...

What happens if you eat milk and pineapple together?

Gods and Gaming: How Ancient Beings Have Inspired Console Titles and...

How to Root Samsung Galaxy J3 Without using Computer

Trick to See Old or Deleted Snapchat Pictures on iPhone and...